I’m a big fan of using Speedscope for flamegraph visualizations. In order to produce a flamegraph, Speedscope needs a profile of our code. Speedscope can take json formatted Stackprof output. So, let’s continue with our Stackprof theme, and work through creating a custom measure procedure which will open a flamegraph in Speedscope.

How will we call the procedure we write? All of the measure procedures are defined in IRB.conf[:MEASURE_PROC]. We can take a look at the defaults:

We see our two built-in procedures! And if we look closely, can see exactly where they’re defined in the IRB source. To write our own, we can add to this IRB.conf[:MEASURE_PROC] hash.

Next, where will we put this procedure we add to the IRB.conf[:MEASURE_PROC] hash? A good place to set this would be in your ~/.irbrc file. If you’ve never used this before, it’s where you can define anything to be loaded into each IRB console you open. Many people define methods or require gems in their ~/.irbrc to save themselves from rewriting the same snippets in each IRB console they open.

In the examples above, you might have noticed that we didn’t actually return any values when adding the custom measure procedures. Instead, we puts‘d some string, and then returned nil. In most cases though, we’ll want to actually execute the block of code that a user passes, in addition to printing out some measurement output.

Measure procedures have five parameters. They are not keyword parameters, so order is relevant here:

Jumping back to the speedscope custom measure proc we’re going to write, we’ll definitely need to use block so we can execute the code. We’ll also need arg so we can allow the user to set the sampling mode (like in the Stackprof example).

We can put this block of code in our ~/.irbrc. IRB will then load this custom measure proc each time we open a new IRB console. We can test this by running measure :speedscope from a new IRB console:

Tada! This opened up a web console with a Speedscope flamegraph visualization. I took a screenshot of a section of the output both to show you what Speedscope looks like, and to funnel my excitement somewhere: 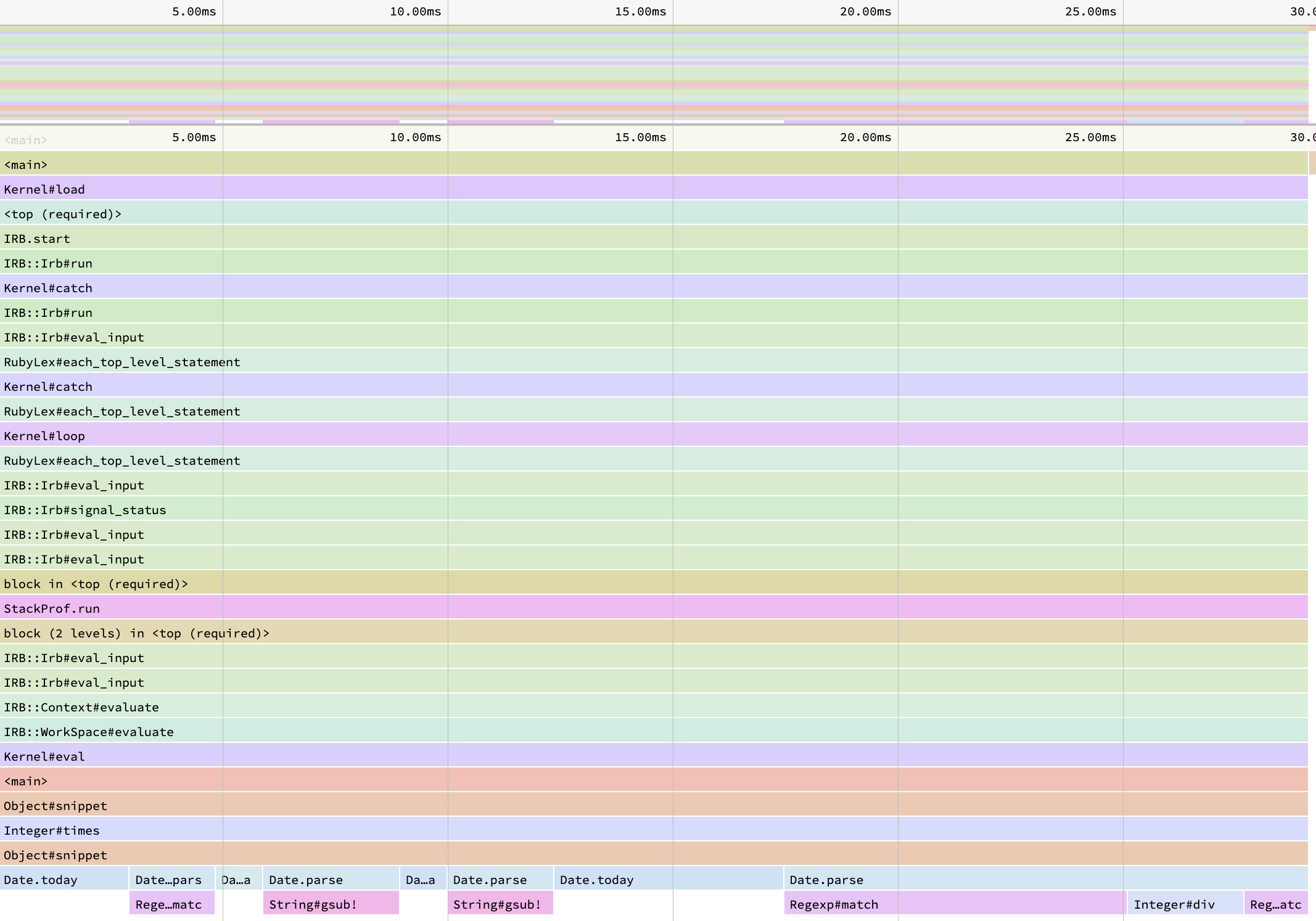 In order to turn on Speedscope again, we can simply enter :speedscope into the console like this:

In summary, here is what we learned about IRB’s new measure functionality